Video: Jerry Patterson: “Dan is not the Man”! 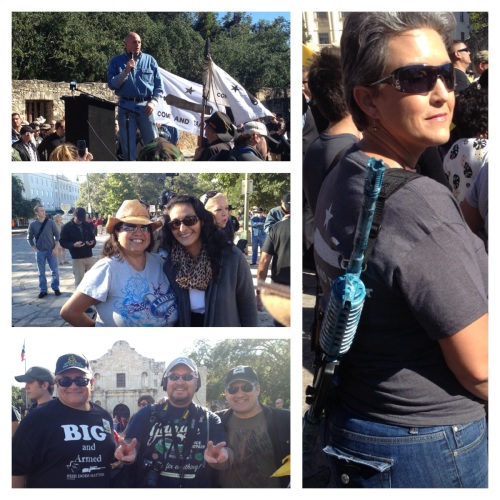 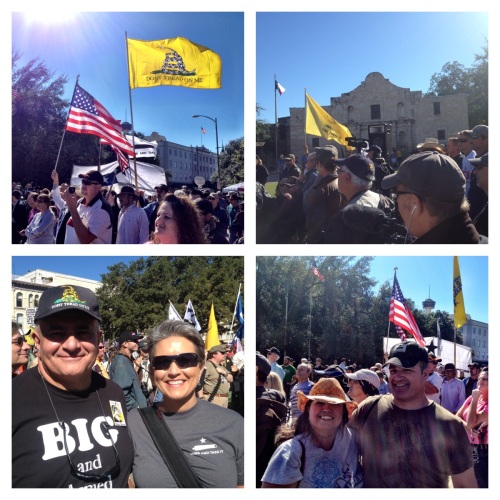 Dwayne Stovall has entered the race for the GOP nomination for U.S. Senate in TX.  Stovall will challenge incumbent John Cornyn and we wish him well!  All [r]epublicans should check out Dwayne’s site and consider lending your suppo[r]t!  A couple of months ago, members of the boards and steering committees of Clear Lake Tea Party, Alvin TEA Party Patriots and Pearland TEA Party had an opportunity to vet this candidate, and I personally believe that in conjunction with Ted Cruz, the senators from Texas will be a force with which to be reckoned!  If you like what you hear, please consider sending a donation and/or volunteering.  It will take boots on the ground to take back our Senate seat from the Establishment who no longer listens to their constituents. — Sheri Edwards END_OF_DOCUMENT_TOKEN_TO_BE_REPLACED

Join us to continue our study of “The 5,000 Year Leap” presented by our own Jim Logan.  Part 2 will focus on the first 7 (of 28) Principles of Freedom our Founding Fathers said must be understood and perpetuated by every people who desire peace, prosperity, and freedom. 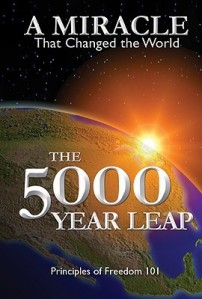 The meeting will begin at 6:30 on Tuesday, June 18.  Please come early and support Big Horn BBQ restaurant.  This is a free event/meeting, but your  Dinner and drinks are on you.  Please feel free to bring your friends, family and neighbors. We’re looking forward to seeing you there!

The nation the Founders built is now in the throes of a political, economic, social, and spiritual crisis that has driven many to an almost frantic search for modern solutions. The truth is that the solutions have been available for a long time — in the writings of our Founding Fathers — carefully set forth in this timely book.

In The 5000 Year Leap: A Miracle That Changed the World, Discover the 28 Principles of Freedom our Founding Fathers said must be understood and perpetuated by every people who desire peace, prosperity, and freedom. Learn how adherence to these beliefs during the past 200 years has brought about more progress than was made in the previous 5000 years. These 28 Principles include The Genius of Natural Law, Virtuous and Moral Leaders, Equal Rights–Not Equal Things, and Avoiding the Burden of Debt.

STANTON, Calif. –  A 72-year-old Southern California grandmother who shot at — and narrowly missed — a man trying to break into her home said Tuesday she was shocked at the attention her action was getting but does not regret defending herself and her husband, an 85-year-old World War II veteran who uses a wheelchair.

Jan Cooper, of Anaheim, fired one shot from her .357-magnum Smith & Wesson revolver around 12:30 a.m. Sunday as a man attempted to break into her home. During a 911 call of the incident, Cooper can be heard begging with the dispatcher to send deputies and warns that she has a gun at the ready as her Rottweiler barks furiously in the background.

Minutes later, a breathless Cooper says the man has come to the back porch and is trying to get in the house through a sliding door. Through the vertical blinds, Cooper saw his silhouette just inches away through the glass as he began to slide open the door.

“I’m firing!” Cooper shouts to the dispatcher as a loud band goes off.

Cooper then curses at the suspect, shouting at him to “back up.”

“You’d better get the police here. I don’t know whether I hit him or not. I’m not sure. He’s standing at my door, my back door. He’s in my yard,” she said.

The suspect, 31-year-old Brandon Alexander Perez, was not hit and was arrested a short while later by responding deputies, who heard the gunshot, said Jim Amormino, spokesman for the Orange County Sheriff’s Department.

Perez has pleaded not guilty to a burglary charge and has a court date later this month. The Associated Press was unable to leave an after-hours message for his attorney.

Perez had a rap sheet that included other burglary and narcotics charges and was on parole and staying at a halfway house not far from the Coopers’ address, Amormino said.

Cooper’s gun, which she has owned for about 20 years, was legally purchased and properly registered, he said.

“Even though that dog was barking, he still was desperate to get in. So who knows what may have happened if she didn’t fire that round,” Amormino said.

On Tuesday, Cooper was soft-spoken and composed, with her gray hair pulled back neatly in a hairband and her husband at her side during a news conference at a sheriff’s substation.

Cooper said she is amazed by the anger in her voice — and the curse word she let fly — after she fired the shot.

“I am a Christian woman and I’m very proud of it and I don’t curse but after I shot, rage took hold and I just blasted away,” she said. “And, in fact, afterwards my husband said, `I’ve never heard you talk like that!”‘

The grandmother of a 15-year-old grandson said she doesn’t regret firing her weapon, although she has considered how she would have reacted if she had hit or killed the man. Deputies have told her that, based on his height and the bullet hole, the shot that she fired through a narrow gap in the sliding door passed within inches of his left cheek.

“I don’t mean to shoot anybody,” said Cooper, a self-described tomboy who has also tried archery and knife-throwing and has owned guns since her teens. “But whatever’s necessary to literally stop them — he was not going to come into my home.”

Her husband, Bob Cooper, chuckled when asked if his wife had learned her aggression from him and his military service. Cooper worked gathering intelligence in Italy and France in the build-up to D-Day and spent years going to the shooting range with his wife after the war, he said.

“I’m not surprised at all, not one bit,” he said. “I know her capabilities and what she can do if she has to.”

Posted in 2nd Amendment, Defending Yourself

Join us to gain further knowledge on the basis of our rights.  The meeting will begin at 6:30 on Tuesday, May 21.  Please come early and support Big Horn BBQ restaurant.  This is a free event/meeting, but your  Dinner and drinks are on you.

Please feel free to bring your friends, family and neighbors. We’re looking forward to seeing you there!