One day after what appeared to be a coordinated attack by media giants Facebook, Apple, Spotify and Google on Alex Jones, whose various social media accounts were banned or suspended in a matter of hours, the crackdown against alternative media figures continued as several Libertarian figures, including the Ron Paul Institute director, found their Twitter accounts suspended.

Two more casualties of the Twitter purge of antiwar voices: @ScottHortonShow, the new editorial director of http://Antiwar.com , and @DanielLMcAdams, director of the Ron Paul Institute. 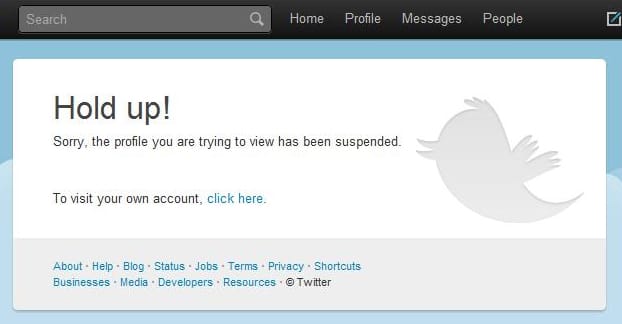 Scott Horton, Peter Van Buren, and Dan McAdams have been suspended from Twitter.
If you go to their accounts, you will see their old tweets, but they are prohibited from making new tweets. They were reported by @KatzOnEarth for criticizing his posts. Please complain to Twitter.

Horton was reportedly disciplined for the use of “improper language” against journalist Jonathan M. Katz, he said in a brief statement, while McAdams was suspended for retweeting him, he said. Past tweets in both accounts were available to the public at the time of the writing, unlike the account of Van Buren, which was fully suspended.

According to TargetLiberty, Horton and McAdams fell victim of Twitter’s suspension algorithm after objecting to Katz’s quarrel with Van Buren over an earlier interview.

Hey @ThomasEWoods , @scotthortonshow can’t tweet out his interview of Peter Van Buren @wemeantwell from last week because Twitter suspended both of their accounts. Can you?https://libertarianinstitute.org/scotthortonshow/8-02-18-peter-van-buren-on-modern-mccarthyism/ …

Well, the fun has gone right out of @Twitter for me with the outrageous suspension of @WeMeantWell. @jack, your arbitrariness will be your undoing. 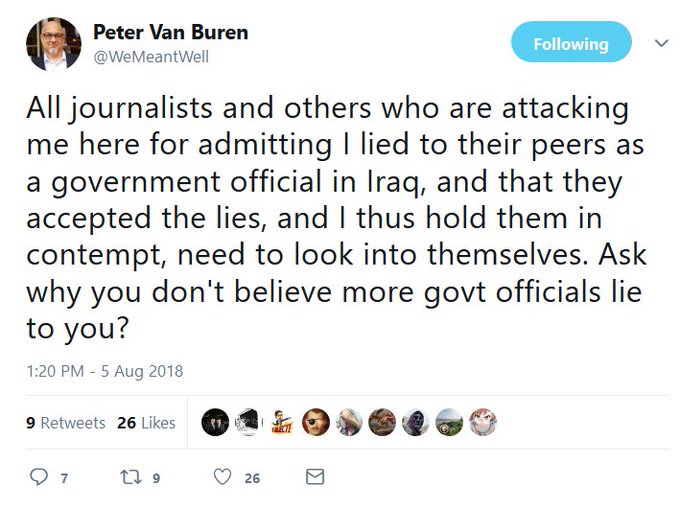 The suspensions come days after Twitter suspended black conservative Candace Owen from Twitter for highlighting the algorithmic hypocrisy of Twitter by replacing the word “white” with “Jewish” in a series of tweets modeled on those by New York Times editor Sarah Jeong.

just after controversial conservative Alex Jones, and his podcast InfoWars, were kicked out from most social media platforms, prompting conservative to accuse the social networks of collusion in a collective crackdown on non-mainstream voices. The Silicon Valley giants were criticized by the US political establishment for failing to prevent alleged Russian interference in the 2016 presidential election. Meanwhile, critics now say the pressured media giants are engaging in political censorship, using their market dominance and lack of legislated neutrality requirements to target descent voices ahead of the midterm elections.

In a scathing op-ed on Tuesday, Nigel Farage wrote that “while many on the libertarian right and within the conservative movement have their issues with Alex Jones and InfoWars, this week’s announcement by YouTube, Facebook, Apple, and Spotify represents a concerted effort of proscription and censorship that could just as soon see any of us confined to the dustbin of social media history.”

These platforms that claim to be “open” and in favor of “free speech” are now routinely targeting — whether by human intervention or not — the views and expressions of conservatives and anti-globalists.

This is why they no longer even fit the bill of “platforms.” They are publishers in the same way we regard news outlets as publishers. They may use more machine learning and automation, but their systems clearly take editorial positions. We need to hold them to account in the same way we do any other publisher.

Farage then accused social media giants of being corporatist:

That they cannot profess to be neutral, open platforms while being illiberal, dictatorial, and hiding behind the visage of a private corporation (which are more often than not in bed with governments around the world at the very highest levels).

He concludes that the real interference in “US democracy” comes not from Russia, but from some of its most powerful corporations which now yield more power in some cases than the government itself: “This isn’t “liberal democracy” as they keep pretending. It’s autocracy.”

“…for those that don’t take issue with the latest censorship of right-wingers by big social media — unless we take a stand now, who knows where it could end.”

This entry was posted in Pearland TEA Party. Bookmark the permalink.